No magazine is complete without cool visuals. Meet Jaymz Eberly. He is our eyes on the road, going to the cool parties, taking pictures of the greats. This month he met up with Scorpions.

Scorpions at the Santa Barbra bowl was amazing.. Also the show before was sold out at the Forum in Los Angeles which is a huge venue. I arrived with with the owner or Rock-n-Roll GangStar Apparel. We got to the venue early to give clothing to some of the Scorpions. We picked up our VIP passes and took a few shots or Rudolf Schenker wearing a hat and James Kottak wearing a vest. Queensryche opened for them and we got to catch a bit of the show. They sounded great. Then Scorpions went on and the crowd went wild. Rudolf wearing the cool hat too.

They had the American flag behind on huge screens. As a photographer, it is always great to see the band pose it up for the camera. Klaus Meine would pick a few drum sticks and throw them out into the crowd. before he did he hit them on his leg and you could hear them crack together. The new song: “Rock ‘n’ Roll Band” off their latest record sounded amazing, I think a little heavier too. James did an amazing drum solo and the kit rose up high suspended, which when I shot the 2012 show at Staples center, he did not do that.

I loved all the colorful graphics they put up and at times amps. For me it is always fun to climb around and get shots from every angle. While going thru backstage to get to the other side quicker, I ran into some of Queensryche and said hi but quickly moving to my next spot. The show intense. At the end I was at the back door trying to get shots of them coming out but Manager said no shots, which made sense also since they will all be sweating from rocking out for a long show. After the show we went backstage again and said goodbye. See you next time. 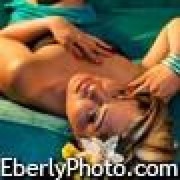