This was originally going to be an article about female-led bands; but as I did research and began writing, I decided that I don’t need to talk about those incredible beauties as they have already been given that particular attention; I wanted to bring to light things that I have personally seen. The human side of these talented ladies, the fact that they are more than a voice and a sexy outfit, that is what I want you to know about. They are the women who represent us: powerful, beautiful, open, free. They are the women who rock.

The stage is set, the lights are up and the crowd is losing their minds….here we go! The thrumming of the bass, the beat of the drums, and the sounds of a guitar fill the room while we watch in anticipation. Then the screams get louder and you hear a voice with no faltering launch into a fan-favorite. Afterward, when the set is over, and the next band has taken the stage I see them at their merch table smiling, laughing, and simply having fun with music lovers who have thronged back to spend time and money with the up-and-coming new rock wonder. I, myself, had been following the band before they hit the radio stations (something I generally enjoy) and I knew that the sight before me was just who they are, not a show at all. This has been my experience with many bands, even big names like Sevendust and SIXX A.M. – people think that they are inapproachable or have the “rock star” mentality, but I am telling you that this isn’t necessarily the case. So, back to what I was talking about before. I have been privy to some pretty exceptional people as a music lover and as I watched Mixi (lead vocalist, Stitched Up Heart) lean down to a little girl of about 6 and give her a huge hug and a rubber band bracelet, my views were confirmed. The women of rock and metal truly do, well, rock!

Maria Brink (frontwoman of In This Moment) has an incredible stage presence, but she also has an amazing message of self-acceptance, empowerment, and unity. When I met Cristina Scabbia (Lacuna Coil), her smile could have lit up the room. As for Lzzy Hale and Lita Ford, all I have to say is – WOW. Those two women are incredible, and putting them on the stage together, I have no words. They were magnificent. The life of a musician isn’t an easy one, and I am sure that we can all attest to that considering interviews and cover stories each one of us has consumed as though it is our morning coffee when it comes to our favorite bands. But these women, from my personal experience, haven’t let it change them; in fact, I think that it has brought some out of their shell more. When you think about it, when is the last time you just jammed out to an all-female fronted playlist? I know I can answer that, but this isn’t about me alone. It is about the power behind those incredible women. Have you heard of Iron Maidens? Ignea? Walls of Jericho? How about Edge of Paradise? Within Temptation? The list of female-fronted bands is much longer than you think, and yes, they are a part of nearly every sub-genre that I have ever listened to. I won’t sit here and give you a dissertation about the fantastic talent that the women who are a part of rock and metal bands have, because I want you to figure that out for yourself.

What I want to discuss with you is not only the women on the stage, but the ones who support it. The fans. The hard-core music lovers who don’t give a damn what other people think when they jump into the mosh pit, wear their band t-shirts, or throw the horns. The incredible women who stand up for one another, back each other up in the hard times, and embrace life as though it was one big rock concert. I am so proud to be one of those women. There are stereotypes, and I will not give any of them a bit of attention because they don’t matter. You, ladies, you are just as powerful as those women on stage. I salute you, female rockers. 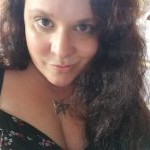