How are things in the Illdisposed universe right now?

Nice and quiet at the moment – it’s been a while since we released the last record and we’ve been playing a lot last year due to our 25th anniversary in 2016. Right now, we only have a few concerts each month and we have started working on new numbers for the next album – which will hopefully come out next year.

How has Grey Sky Over Black Town been received by your fans?

Really positive! I think that many fans likes that we have turned up the beat again. Some of the
latest albums have been more groovy and mid-tempo, but now we are grinding more and setting a
higher beat. We get positive response for that!

Was it a conscious decision or something that just happened?

It was probably due to our new drummer Rasmus. The previous drummers had a more rocking approach, but Rasmus has a track record of playing brutal death metal – he is also able to play fast as hell!

How did you come up withe the title for Grey Sky Over Black Town?

Besides playing faster, Grey Sky was also influenced by black metal, so we thought we’d have a black/white cover and a black title, to show that we were in a black metal direction. Our album titles have al been taken out of song titles from previous albums, and it’s also the case with Grey Sky – I think it’s from a song on the Submit album (Memories Expanded).

Can you tell us about the creative process?

The past several years I have written all the tracks in my home studio. After we got Kenn in the band, he also started writing numbers. Many years ago we rehearsed several times a week and wrote the tracks in the rehearsal room, because we all lived in the same city. We don’t live in the same city anymore, so it’s difficult to meet and write together. Today I write the entire tracks and record it in my home-studio. It might take 7-8 takes before I present it to the rest of the band. Based on my tracks, we all talk about what would be cool to keep or change.

Is there one track that represents Grey Sky Over Black Town and if so, which one?

Yes – In Light Of The Moon. It has a little of everything. It’s groovy. It’s fast. And it has a little black metal, so it covers the album well!

What is your favorite track at the moment?

The opener of Something Rotten (Psychic Cycles I-III).

Which bands do you listen to yourself and which bands primarily inspires you?

At the moment I listen to progressive rock e.g. Steven Wilson, Porcypine Tree, Tool and Deftones. What makes Illdisposed stick out inspiration-wise, is that we have actually never been inspired by metal music. We have actually always been influenced by pop music – I’m a big fan of A-ha!

There has been some change of members during the years. How has it affected the band?

Change of band members are always hard to get through. Each time you have to take a step back and get the new guys into the band and our style. Still you will never get the same style, because we all have our own style. At the same time, this is what makes changes positive. You have to take advantage of the way people play and what they can contribute with. Since I joined the band, I’ve been the primary songwriter and as Bo’s vocals are also very characteristic of Illdisposed, changing band members has not caused major changes to our style. I think the small changes are positive because it shakes things up a little. It would be boring if it’s just the same and the same all the time!

You have previously said, that the Danish metal scene is boring compared to Sweden. Do you still think that?

Roughly speaking, yes! Howevere there’s a band from Aarhus (BAEST) which is the best thing that has happened in a very long time – these lads really have something going! They have something in their numbers which is fucking cool. They make really good music, which is the problem for a lot of other bands – they simply do not make good music! Much music is made that simply just escalates straight through your head without really hitting you. BAEST makes awesome tracks that you remember afterward – even if you’ve only heard them once. If you can’t make tracks that get stuck in the minds of people, then it just becomes a gray mass of music. This is one of the reasons that so many bands do not make it. It’s not enough to play concerts all the time – you also have to have a great product!

If you were to give upcoming bands  some good advice, what would it be?

Write songs with good “hooks” that people can remember and work hard as hell! Playing the same two local cities year after year, although you get full houses, will not get you noticed. You have to get out into the world and test it out!

It’s really important to create a network of good contacts. Contact booking agencies, record companies and so on. It’s much easier to get a big network now than in the 90s. Much has happened since the 90s, with Social Medie and so on

How has this affected the music and metal industry?

I’m very old school and I have actually never been logged in to Spotify! However I do understand why people use the options available today. The disadvantage is, that your music could end up in the huge gray sea of music, which becomes bigger and bigger. You drown in it. You must have something extraordinary for people to find and remember. People have changed the way they listen to music. When I was a kid, I read a magazine and looked at some cool album covers. Then I ordered one and I heard the entire album. Today you get 30 seconds, and if your music do not catch the listener, they move on. It’s hard for bands to catch people’s attention.

What inspired you to put synthesizer into the traditional death metal?

We needed to try something new and we have never been afraid to try things out. We have always been inspired by pop and other styles of music, so when we met some DJ’s who where also into metal, we got them to program some thing to us. It happened at the time when we signed Roadrunner and many people thought that it was something Roadrunner got us to do. It had nothing to do with that at all. Actually we had already made some demos with synthesizer before we even started talking with Roadrunner.

Will you use more synthesizers future?

No – we’ve made three albums with synthesizers, but now it’s time to move on. Know we think it is more fun to make brutal music and get back to our roots.

Yes, a few already planned in Germany and we are working on some more shows.

Is there anything else you want to say to our readers?

Although we are getting older, we have absolutely no plans to stop. So we hope you will keep on supporting us! 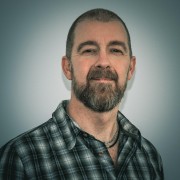